Bitcoin Barrels Towards $24k As Miners Move $300 Million From Wallets Given that the price of Bitcoin has been lingering above the $17K–$20K range over the past few weeks, Bitcoin’s sharp downturn has come to an end. The $23K resistance level is being tested by the Bitcoin price, which has been rejected three times since the $20K support zone.

The market flashed its first significant relief rally in at least a month, and crypto enthusiasts rejoiced at the sight of green on July 19 as the months of “down only” price action finally came to a stop.

According to TradingView data, Bitcoin’s (BTC) breakthrough over resistance at $23,000 to reach a daily high of $23,447—its first appreciable move above the 200-week moving average—is largely responsible for the renewed optimism.

The $23K support level is also facing additional opposition from the 50 day moving average. A further retest of the $20K support level and perhaps a deeper negative continuation are anticipated in this situation because it appears as though these two points are currently rejecting the price’s move downward. However, the bulls seem determined to grab this level. 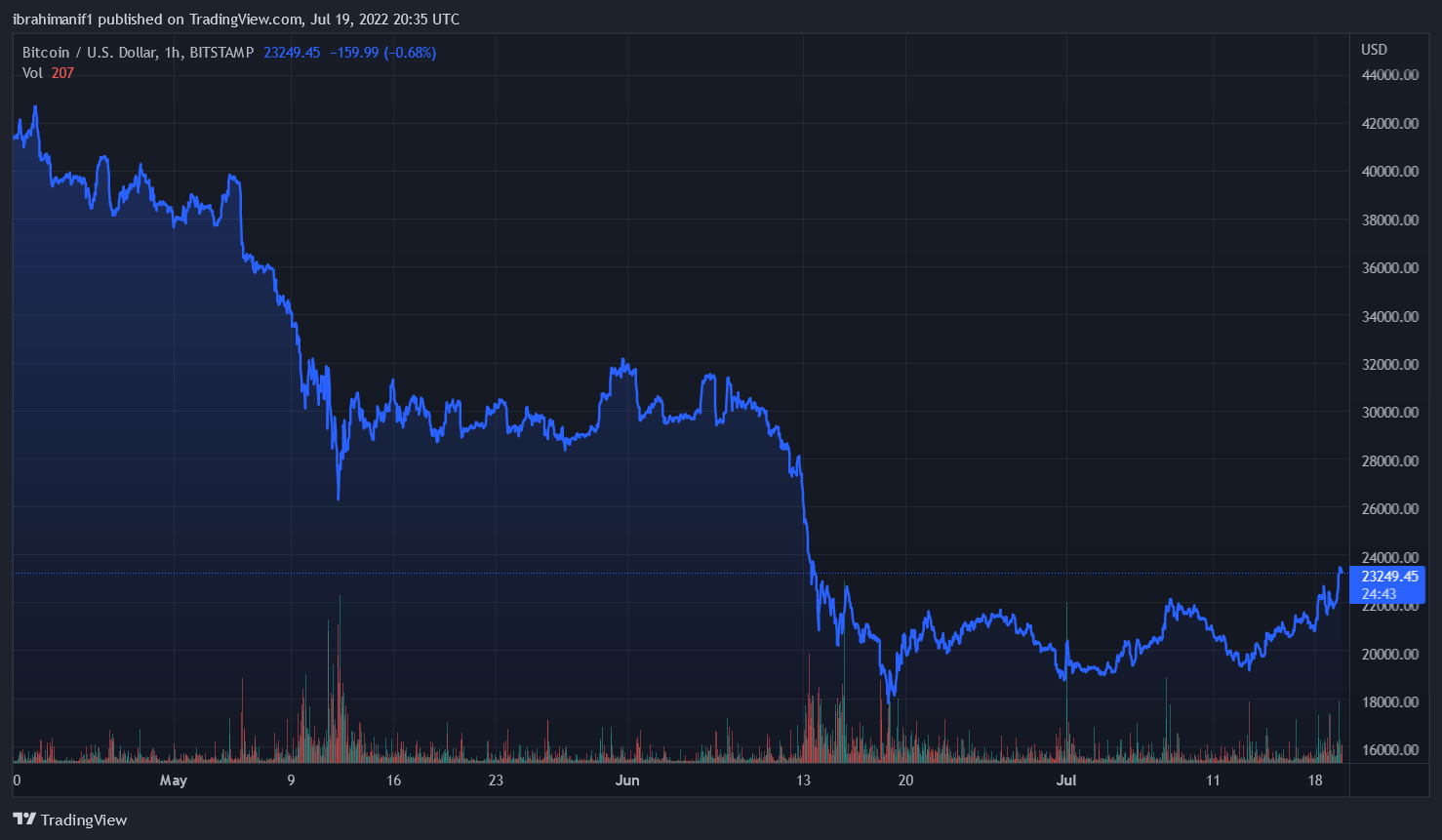 To assess the possibility of a negative reverse, it is important to monitor the price action in the lower time frames over the next few days. If a bullish breakout occurs above the $23K-24K range, a rally to the $30K supply zone will be the next move.

Although many predicted a rise to mid-$30,000, some analysts expressed concern that it could just be another fakeout pump.

Rekt Capital, a crypto analyst posted the following chart with the comment that “For the first time in weeks, BTC is putting in a decent effort to try to reclaim the 200-week MA as support.” The analyst has been paying close attention to the move back above the 200-week MA.

Since it is a reliable bear market indicator and gives insight into when a bottom will be reached, the 200-week MA has seen a lot more attention in recent weeks.

As per Rekt Capital,

“BTC needs to Weekly Candle Close above $22800 to successfully confirm a reclaim of the 200-week MA as support.”

Miners are now in the capitulation phase and have begun to distribute their holdings. After a new record high in the previous shakeout, the hashrate of Bitcoin is showing the same behavior.

Over a 24-hour period cryptocurrency miners were able to remove up to 14,000 bitcoins each, each valued at $300 million, out of their wallets.

Miners have sold their bitcoin holdings due to the recent fall in value of digital currencies. 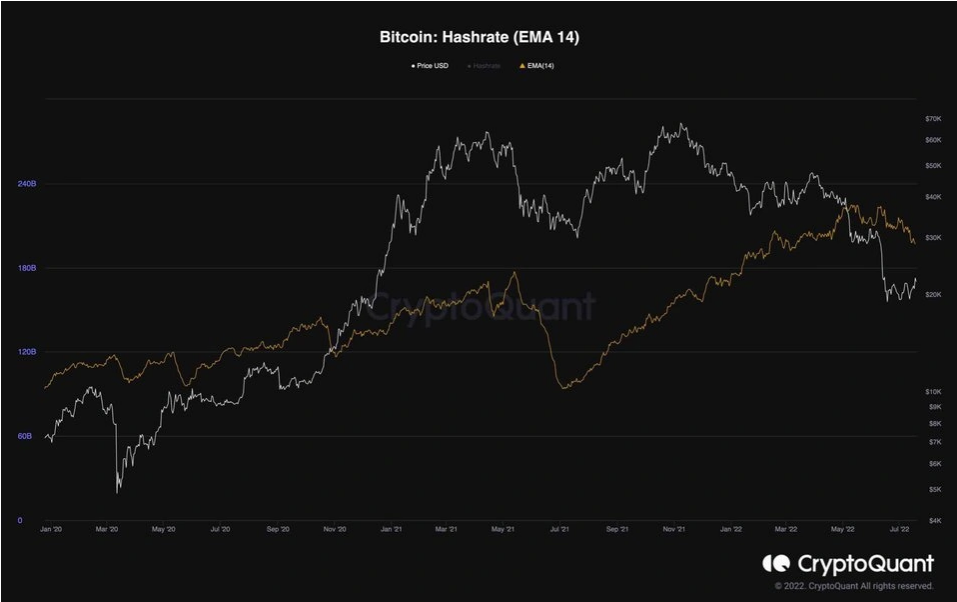 This minor fall in the hashrate is expected given that Bitcoin’s price is currently approximately 74% off its all-time high and that mining may not be profitable for many miners and pools. But despite the current price correction’s size, the hashrate is still doing fairly well. In the past, the bear market’s ultimate phase has been identified by the capitulation of the miners. There is high probability that Bitcoin will soon hit its long-term bottom, and begin a new uptrend towards higher prices.