The company surpassed its expectation to make more than 71,000 vehicles at its Shanghai plant in June, according to an internal production memo seen by Reuters.

EV maker sold 32,165 China-made vehicles in May and 1,152 vehicles sold in April (Shanghai plant reopened on April 19 after 22 days of city-wide lockdown).

The company plans to double its original annual target to 1M units.

See also  Grayscale BTC Trust trades at a record 36.7% discount, but is it justified?

A quick look at Tesla’s monthly sales trend since 2020: 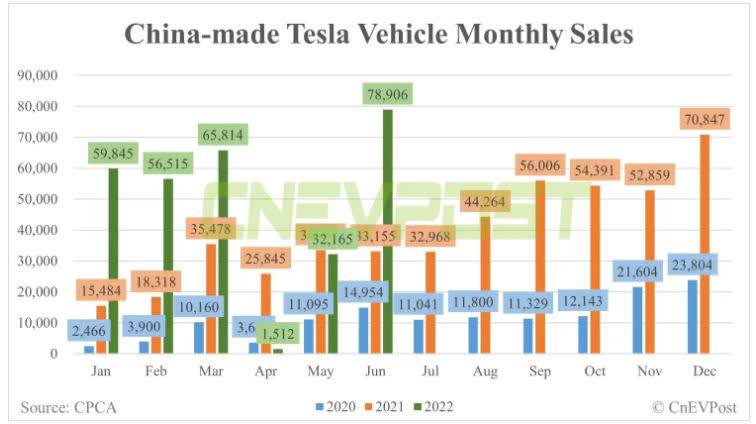 The company is all set to report Q2 earnings after the market close on July 20, 2022.

Ethereum: Reasons why ETH’s drop below $1,600 could be crucial for traders