The largest stablecoin, Tether (USDT), has now expanded its market reach to the Cosmos ecosystem, following its launch on the OKC blockchain, according to the announcement on Wednesday.

OKC or OKX Chain is the native blockchain of the popular Seychelles-based cryptocurrency derivatives exchange, OKX (formerly OKEx). Per the announcement, Tether (USDT), the EURT Euro-pegged stablecoin, and Tether Gold (XAUT) are now available on the blockchain, which grants users faster and cheaper transfers at the average cost of $0.0001.

Most importantly, the launch today marks Tether’s debut on a Cosmos-powered ecosystem since OKC blockchain “exists at the intersection of Ethereum and Cosmos.” Hence, OKC connects USDT with Cosmos, which would enable users to enjoy the benefits offered by both ecosystems.

The launch of Tether on OKC marks its debut on a Cosmos EVM chain. We are excited to collaborate with OKX to support the growth of OKX Chain across many new use-cases.

OKC blockchain is reportedly the 13th blockchain network to support the USDT stablecoin. As recently as June 9th, Tether launched on its 12th network, Tezos, a pioneering upgradable Proof-of-Stake blockchain. However, a significant percentage of all USDT in circulation is held on Ethereum and Tron blockchain.

The total USDT supply on Ethereum is 32.3 billion, while Tron sees a slightly lower supply of 32.1 billion. The overall circulating supply of USDT is 65.95 billion, according to Coinmarketcap. USDT is still the largest stablecoin, despite over $16 billion tokens having been redeemed since the start of May. 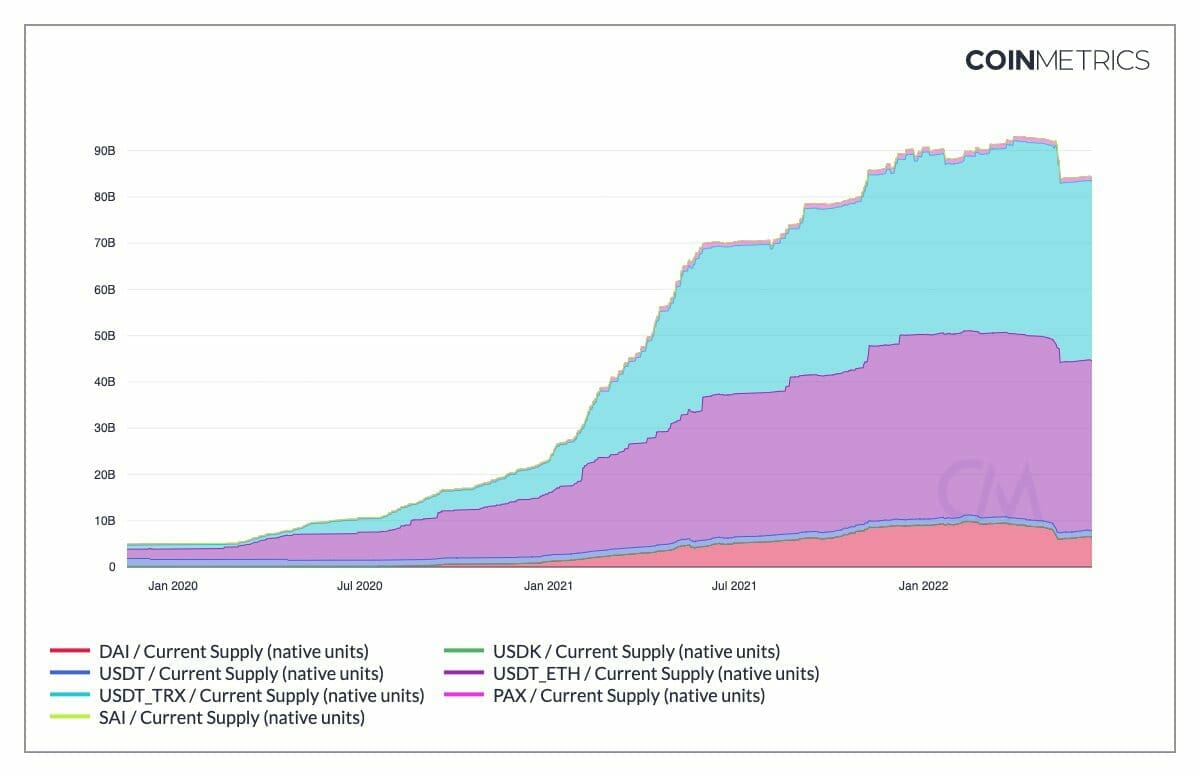 As Cryptopolitan previously reported, Tether recorded the most token redemption in Q2 of 2022 out of all the centralized stablecoin issues, which perhaps satisfies the thirst for “short-term liquidity and concerns about insolvency” on Tether.

Why The Bulls Could Protect This Crucial Support